EMOZ (Educational Museum Origami Zaragoza) has an agreement with Real Zaragoza for members of the club that have reduced admission at the Museum, on the occasion of the derby game Origami Museum will also have reduced ticket price for all the fans who will go the match, so all the fans who come from Huesca can visit the museum of Origami.

Miguel Servet Park in Huesca has the monument to Pajaritas of Ramon Acín, the oldest monument in the world dedicated to a figure of paper.

In Zaragoza the Zaragozano Origami Group, is the oldest group of worldwide folders.

As origami is something that unites the two cities, Huesca and Zaragoza, during the football game between these two teams Origami Museum Zaragoza will charge the reduced price of 1.50 Euros to all who come to visit during the weekend 2nd and 3rd of January, showing the entrance to the football game. 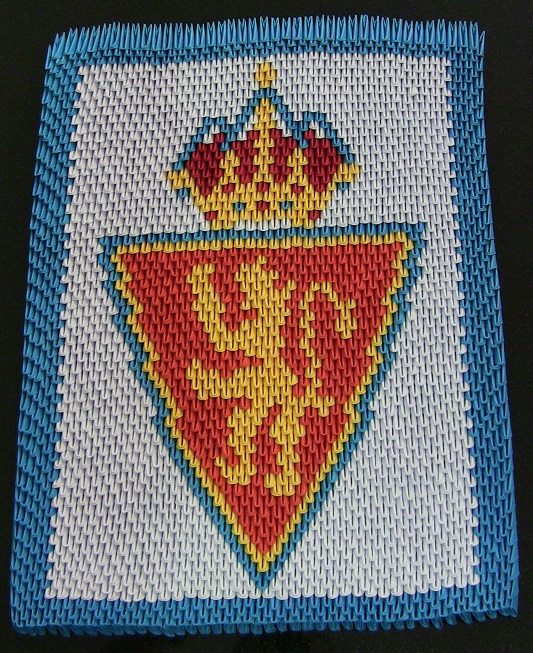 Real Zaragoza shield made of paper

Hopefully next derby at the Romareda will be in first division.