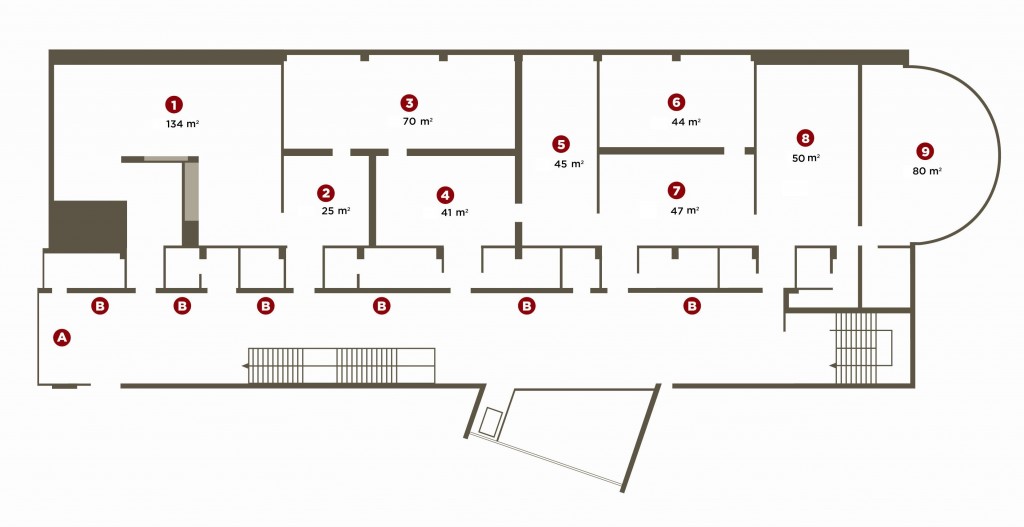 The site
The Museum is located on the top floor of the Centro de Historias.
The building is shaped plant following the old convent church of which remain today crypt facade. The baroque facade and bell tower of the early eighteenth century, has enabled access to the main pass from the Plaza San Agustín. In his recovery has taken into account the conservation of the most original features including decorative and heraldic motifs consisting. Moreover, the conserved area of the crypt of the old church, including one in the basement of the building is also incorporated. Thus, the main nave of the Centre goes from the historic front and crypt.

History
Zaragoza is a city where Paperfolding is pronounced as a proper name since quite a long time: the existence of a group of folders is documented as from 1944.
In 1978, the Zaragozan Group of Paperfolding was renewed, and developed a range of popular activities, such as contests of paper planes in the 80s or the offering of a paper cloak for the Virgin of the Pillar in 2007.
One of the main aims of the group was and still is the organization of meetings and exhibitions at an international level. The most important exhibition took place in the History Centre of Zaragoza in 2009.
From that moment on it became evident that the first European museum of origami would be in Zaragoza.

The collection
The collection of the School-Museum has been assembled thanks to the relationships established in many parts of the world by the members of the group during more than 60 years.
The friendship with great folders: Akira Yoshizawa, Yoshihide Momotani, Eric Joisel, Vicent Floderer and so many others has allowed us to put together in a single place the best collection of origami in the world.
The abundant correspondence, the international meetings and the exhibitions have been the key elements for the Group to be able to fill the galleries of the School-Museum with acquisitions and donations of the greatest quality.

Museum’s school
The Museum organizes successive activities and courses for members and fans to the art of origami.
Courses
Workshops
Activities
To sign up for the courses and workshops organized by the EMOZ you can inquire at the museum or through our email or phone.